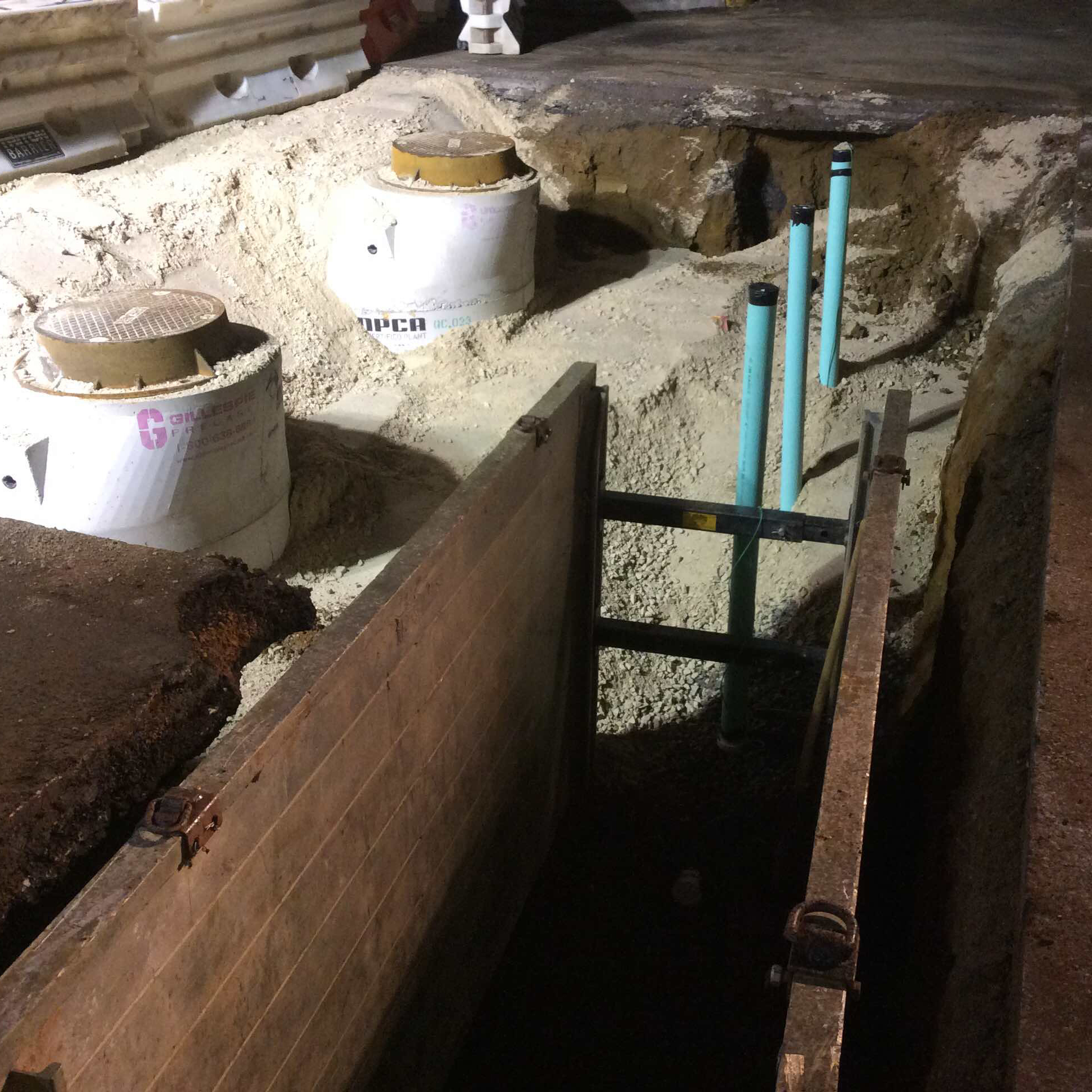 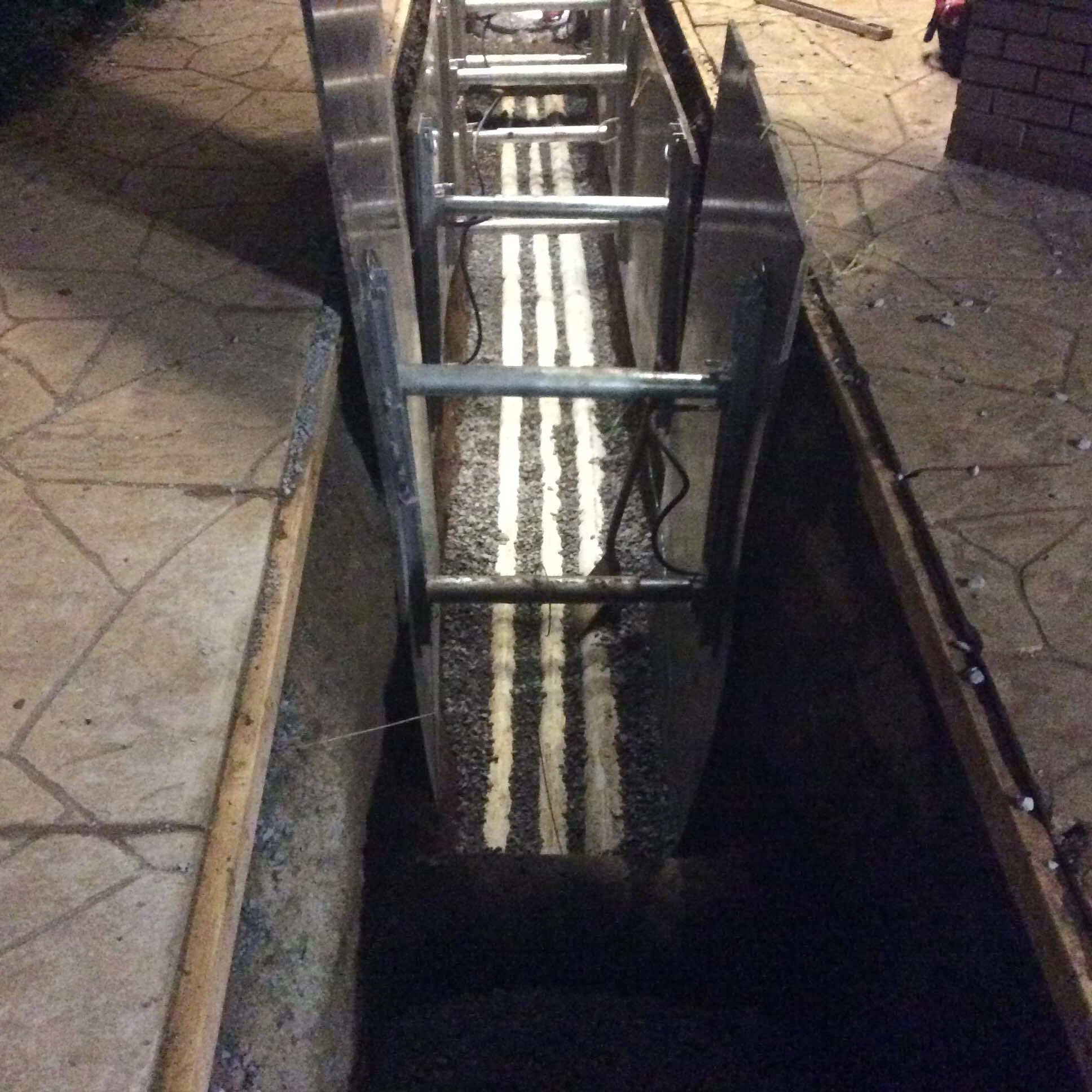 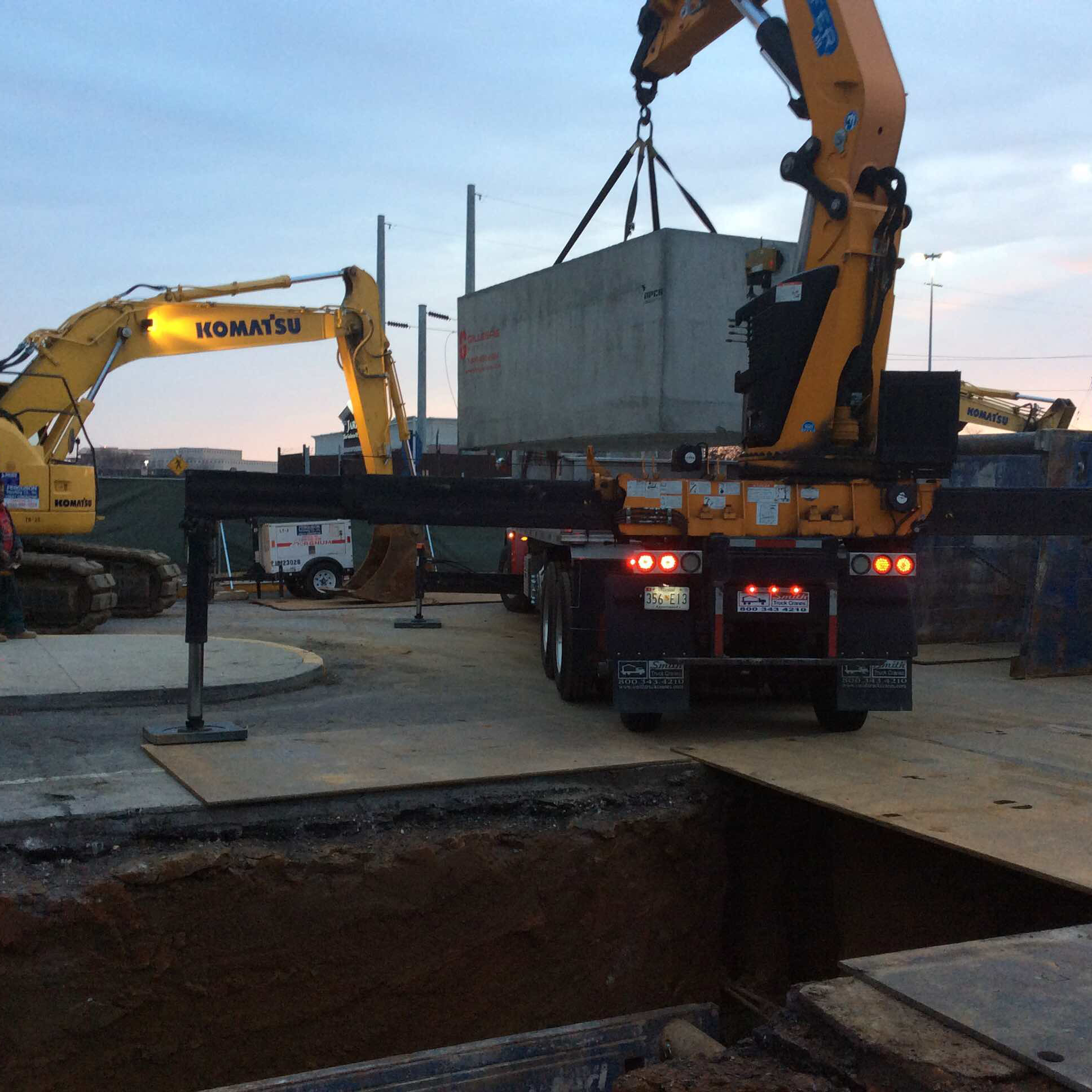 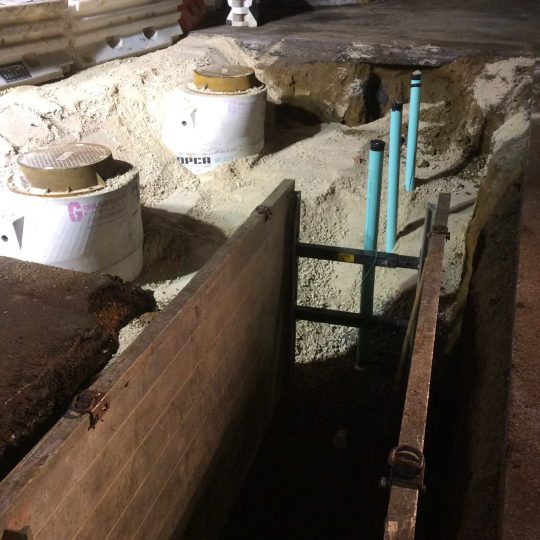 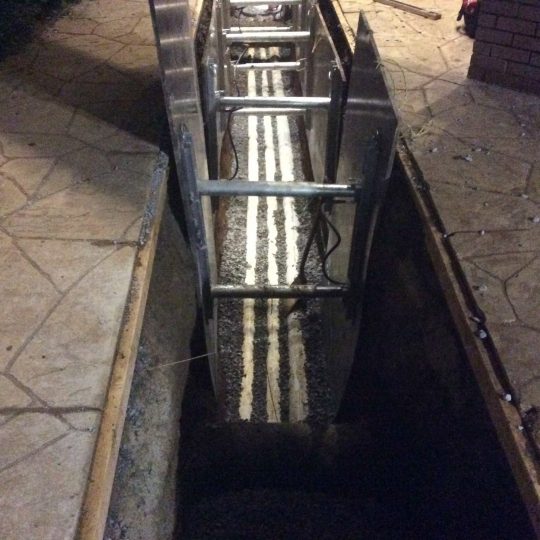 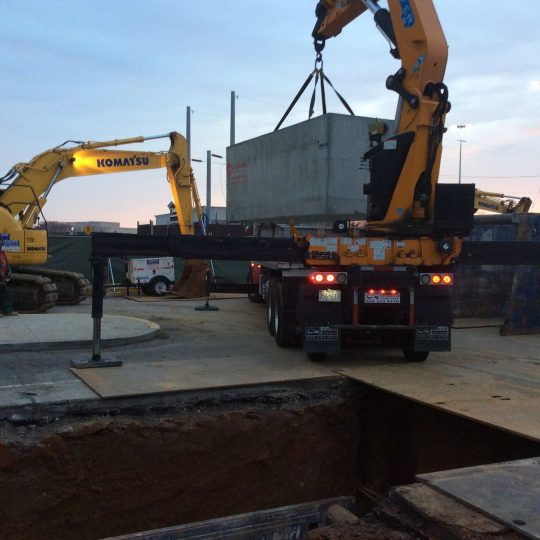 The Ferguson Trenching Company team took on the fast-tracked Westfield Annapolis Mall Phase 2B Food Court Renovation project during the winter of 2018. We were tasked with installing 360 feet of piping that lead from the Westfield Annapolis food court and movie theater entrance to an adjacent parking lot. In addition, we were asked to install two 2,000-gallon grease interceptors which weighed in at roughly 25,000 pounds. These grease interceptors had to be buried in a 16 ft x 20 ft area at depths over twelve feet. Trench boxes were used one at a time to safely maneuver and install these large vessels.

Aggressive Schedule
One of the biggest challenges our team faced was not necessarily the fast-tracked 45-day completion timeline, but it was the restriction that was placed on us during that timeframe. During the entirety of the installation and restoration process, we were given limited working hours of Sunday through Thursday evenings of which Ferguson Trenching could only utilize overnight hours (10pm to 8am). This was due to having the mall entrance open during all standard business hours so that it did not impact the publics ability to access the mall at one of its main entrances.

Although we were only given 45 working days and extremely limited working hours to install our scope of work and complete all restoration, we completed the project in 30 days.

Pedestrian and Vehicular Control
Given that our work area was situated at the main entrance to the food court and movie theater, special attention had to be paid to protecting mall pedestrians and vehicles. Every night we set up a safety perimeter around our work area. Orange construction fence and posts enclosed our entire work area to prevent pedestrian traffic from entering the work zone. In addition to the construction fencing, water filled barricades were installed to block vehicle entrances so that cars and delivery trucks could not enter the site. Every morning this would all be taken down before 8AM so the site could be returned to normal use by mall patrons. Any open trenches were either backfilled or steel plated each morning to protect the public from any potential hazards. We had to be extremely attentive when setting these perimeters up because although the mall stores were closed, there were still pedestrians entering and exiting the movie theater throughout the evening hours.

Logistics
Due to the fact that our work zone had to be returned to normal operations every morning, all equipment and material utilized had to be moved to an off-site staging area every day. Not only was this an added challenge for our crew, it required significant coordination with our dispatch department to make sure equipment was moved in a timely manner. With our already tight schedule and overnight working hours, we needed to make sure this process was smooth and quick so that we did not waste man hours on the job.

In addition to equipment and needed materials, any dirt excavated from our trenches had to be placed on dump trucks and hauled out in the middle of the night. Our team could not leave any dirt onsite which meant this process had to happen rather frequently. Since dump sites aren’t open in the middle of the night when we were able to complete the work, special arrangements were made.

Our team won an Excellence Award by ABC Chesapeake Shores during their Excellence in Construction & Safety Awards banquet on Thursday, September 19, 2019 for this project.