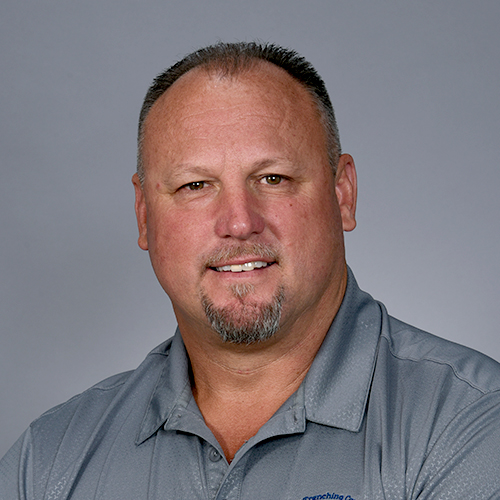 Started out as a summer and Holiday crew member to the current Secretary and Treasurer, Randy Gambrill embodies the trust, loyalty, commitment and hard work that Ferguson Trenching Company thrives on. His journey began in the summer of 1980 where he worked in a crew learning the basics of running an Underground Residential/Commercial Distribution (URD) crew. After attending Frostburg State University in 1985, he began working full-time as a URD foreman where he was responsible for reading blue prints, operating equipment, installing underground electric, steel gas lines, communication cables, and conduit for road crossings. After a year as the top foreman, he became superintendent where he was in charge of the daily operations of 10 URD crews spread across the state.

In 1995, he took over as Operations Manager of our Gas and Electric Division. His responsibilities include daily coordination of all FTC and our subcontractor crews working in the gas and electric division, to maintain the very fast paced BGE customer driven schedules for the URD and Service Lateral work assigned. Specifics include hiring, emailing daily crew location sheets to the various municipalities, BGE, and communication companies. Scheduling gas OQ and other certifications for crew members, and conducting pre, current, and post job inspections to reassure a safe, quality driven workplace. With his team of 6 superintendents and 36 crews, he was able to propel FTC to Exelon’s unprecedented, sole Contractor of Choice (COC) for combination gas and electric work, covering BGE’s entire territory.

In 2007, he was named Secretary and Treasurer of Ferguson Trenching Company Inc.

Randy is a Maryland native who enjoys golf, Ravens football, O’s baseball, fishing, and traveling. He is known for working hard and enjoying life to the fullest. He believes that everyone should be given a chance to work hard to achieve their dreams. Although he is almost always at the office, when he isn’t you can find him spending time with his wife Angie and children Ryan, Reanna, Kailee, and Kyle.